There is something terribly strange about flying the same amount of miles in a few hours that it took you six weeks to sail, it really messes with your head.  I’m not sure if it’s a return to the real world or absolutely the opposite; a descent back into madness.  Either way, sitting in that metal tube surrounded by airconditioning and a hundred and fifty other people doesn’t quite stack up.

Even worse when you get to the other side and Frankfurt Airport is lost in fog; flights are cancelled everywhere (including mine to Dusseldorf) and basically one is dumped right in the middle of the worst hell of the modern world.  It’s somehow WORSE that this is Frankfurt; the Deutsch are supposed to have everything down pat.  Their famous efficiency appears to have been lost in translation.  My luggage and I are finally reunited in Dusseldorf 12 hours after schedule.  I feel worse than after 2 days with Cyclone Gert.  Sigh.

However; the consolation is that I’m finally back in Nord Rhein Wesphalia; Germany near the Dutch border, where my horse is lucky enough to have found his forever home and which I therefore get to visit several times a year.

The more I come back to this part of Germany, the more I love it.  We had the opportunity to live here in ’95 = ’96 when my ex was working on a theme park in Bottrop; and while he worked like a dog (and wasn’t treated much better truth be told) I had a fabulous time writing my PhD and playing at housewife with the kids.

Seriously, what’s not to love?  It’s so peaceful, green, settled, prosperous …… I love the mix; the towns and the countryside; the modern and the old; the ancient barns with solar panels; the windmills; the German neatness of it all appeals greatly to my OCD soul. 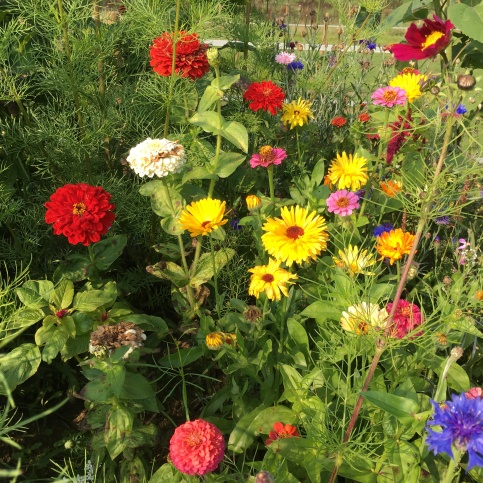 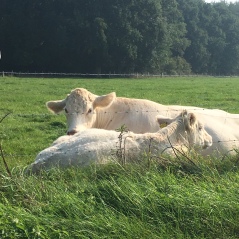 But that’s just a veneer.  There’s so much more to why this place resonates so much with me,  I’m sure.

This was the first part of the world in which I really ever experienced the seasons.  Before we came here, I had spent all my life in the tropics or sub tropics – Sure, Sydney has seasons, and I’d done a lot of travelling; but arriving someplace in the middle of fall or winter isn’t the same as experiencing the turn of the season.

There’s something so primordial about that (and all of you reading are probably going, d’oh!) but seriously, for me this was a revelation.  Suddenly I understood what the knowledge of the turn of the years does to someone’s consciousness – both in terms of understanding continuity and understanding change.  The full force of summer acquires a totally different poignancy in the context of a frozen winter – something that not the highest summer day in Sydney can ever contain.  The simple fact that the seasons will inexorably change gives such a different perspective to the world; such a clear message that all things WILL change, must change for life to go forward … and that in all that change is contained such beauty and such promise for each progressing season and time of year; each more glorious in it’s own way than the last; more so because it can’t exist without that which goes before; or what comes after.  It’s incredibly profound.  Well, to me anyway.

When we first arrived in Dusseldorf back then it was the end of summer; still warm enough to be lovely but easy to take for granted.  After the winter – which everyone said that I would be miserable in, but frankly I loved even the greyness; the dull days; because they offered such opportunity for the rich interior life that I suddenly understood to be so very much a part of everywhere that has seasons; where one is forced to be indoors … to appreciate the cosiness; the warmth of a heated house, the warmth of a fire; the sheer deliciousness of a hearty soup after a walk in the woods …

I sometimes wonder if I have some weird karmic connection with this part of the world.  When Qais wanted to come and study in Maastricht I knew that this was a nice place to be; and it just seemed so natural that when I was looking for solutions to the problems that I was having with my horse that the people who seemed to offer the best options were right here in this area that I knew and loved so well.

I’m so happy that the solution that we found for the horse keeps me coming back here at regular intervals; so that I am spoiled to be able to enjoy all that this place has to offer; blessed to have the best of all worlds. 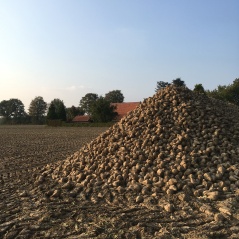 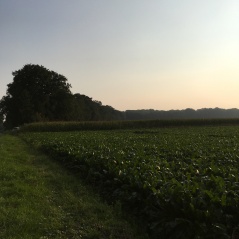 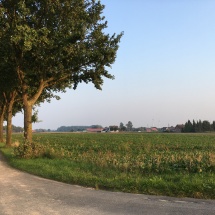 So what does Nord Rhien – Wesphalia have?  I think that being close to the Dutch border (right here in Goch it’s a very fluid border) so you have the best of Germany mixed with the best of Holland – great discipline and a focus on excellence on both sides with a bit of that extra Dutch tolerance thrown in.

From the point of view of food; it’s farmland and most excitingly right in the middle of asparagus territory.  In May many of the farms around produce the exquisite white asparagus; picked daily before the sun rises so that the tender shoots have no chance to turn green with chlorophyll, which you can buy at the farm door for a pittance – around 6 euros a kilo for the middle sizes; peeled and ready to go.  Steamed and eaten with steamed new potatoes; the local ham or even better smoked salmon and Hollandaise sauce; oh my this is heaven on a plate.

Living in a b&b with a small shared kitchen below doesn’t lend itself of culinary extravagances, but it’s always so much fun to experiment then with things that you wouldn’t usually think of buying and cooking with.  For example last  time I bought a bit of commercial herb butter and ended up cooking almost everything – from chicken breast to eggs – in it.  It was amazing.  And there’s little to beat a bag of fresh mesclun with a tin of good tuna in olive oil dumped over the top; fresh lemon juice squeezed over the lot for a great and healthy lunch without a larder.  But to be fair to enjoy the local prodcue at it’s best it’s a matter of eating out.

My very favourite place of all is a traditional Landhaus in Neiderswald.  I only found it because I stayed here on my first visit to ARR; and though I haven’t stayed there again (having found a cheaper and more flexible options) I do go on every visit for at least one (and usually more!) meal. 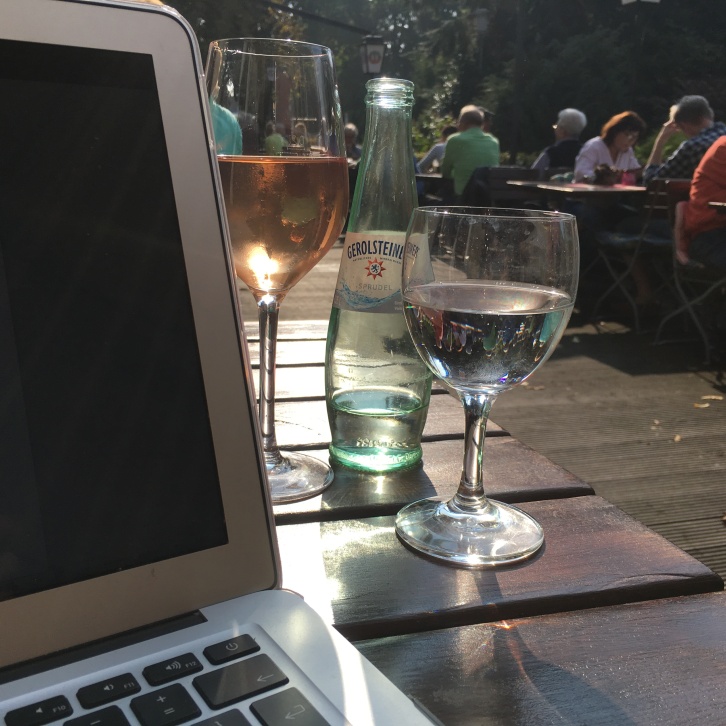 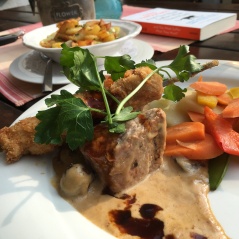 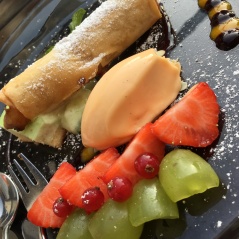 They have an amazing menu and kitchen.  The menu changes through the year – when I was here in May it was all about asparagus; now it’s all about pumpkin; game and chanterelles!  How amazing is that.  On an absolutely gorgeous Sunday afternoon; with not a cloud in the sky; its perfect to sit out on their beer garden / terrace and have an amazing meal and a glass of rose!  Today’s is fillet of pork with mushroom cream sauce; seasonal veggies and fried potatoes; followed by apple tart with pumpkin icecream!  Think I’ll have to go back for the spaghetti with chanterelles; cherry cream sauce and truffles!  Ooooooooooo  … Could only be better if the GC was with me.  Sigh.  One day!!! I’ll drag him here; over all his protestations …. It’s totally German; but who says a bad thing????  It’s also totally local – no tourists come here.  If you’re in my heartland, give this place a visit.  You’ll love it as much as I do.